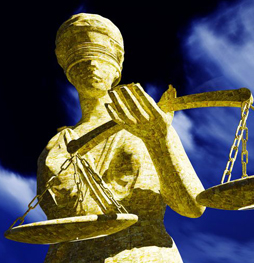 I don’t know many people (besides attorneys) who enjoy being involved in legal proceedings. But sometimes you need to assert your rights. In business, when conflict arises, you need to consider if exercising your legal rights will pay off.

Years ago, a friend of mine found another company across the country in the same line of business with the same name. Having clear rights to the name, he asserted his legal rights and sent them a “cease and desist” letter. However, after doing some research, he discovered the other company’s horrible reputation. Because both companies were using the same name for the same services, the reputation associated with the corporate name negatively affected his business. Despite a clear right, he opted to preserve his business reputation—and change his company name—and did not pursue legal action any further.

Are You a Risk?

More recently, a restaurant owner made the news for suing his financial partner for financial improprieties, fraud, corporate waste, breach of fiduciary duty, and more. Many people turn to lawsuits when they’ve been wronged and feel they need a financial remedy or simply a “win.” This option should be looked at closely: Will this owner attract other partners and investors after what becomes a public battle? From a business perspective, which is more costly: allowing a partner to walk away from the alleged wrongdoings or recovering those costs while potentially forfeiting long-term business opportunities that may be missed due to a litigious reputation?

Hit ’Em Where it Really Hurts?

Another company I read about faced a competitor who allegedly defamed the company’s brand. The partners decided that even if they were to prevail, the cost and length of a potential legal battle would not be in the company’s best interests. This company instead took a creative approach to solve their problem: the company used social media to respond to the competitor’s claims.

Is It Personal, or Can You Make This Just About the Numbers?

A partner in an accounting practice left her firm after questioning the ethics of her colleagues. She was not contractually bound to the firm, nor was she restricted by any non-compete or non-solicit agreements. While she did not approach old clients or colleagues, several tracked her down, and her former firm took her to court. In initial hearings, the judge threw out many of the issues raised. Knowing that more litigation, even with a solid case, would cost more than a settlement, she chose to appease her former partners financially and included, as part of the terms, that her former co-workers could not be sued for joining her new firm. This tactic ended an expensive and lengthy battle that precluded her from building a business and allowed her to protect her team.

When you have a business, how do you evaluate what kind of response best suits your needs? While each situation, company, and those involved create their own set of circumstances and details to consider, these basic questions are a place to start:

If All Your Friends Jumped Off A Bridge…

Don’t Judge a Book
by Its Title