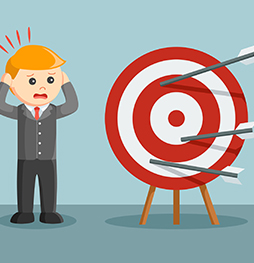 My four-and-a half-year-old daughter reads her favorite chapters from Judy Blume’s Superfudge, filled with the antics of Fudge Hatcher. What interests me is how she learns as she reads. She struggles with a word and tries pronouncing it, not worried if it’s wrong. She asks me what a word means or what’s going on if she doesn’t understand something. She takes risks, and she doesn’t worry about the consequences.

However, she’s in kindergarten. When will she begin worrying about having the wrong answer? Hesitating before raising her hand because she’s not sure she has the right answer or the best answer? When will she stop taking these risks? And how can I encourage her to never worry about being wrong or asking questions? I’d like to learn the answers to these questions not just for her but because it would make me a better leader.

At some point in our educational system, we slowly “mold” the creativity, risk-taking behavior, and general “try and fail” learning style of children into a fear of failure. We focus on what a child did wrong instead of what they did right. We focus on and put the ultimate reward in the final product instead of the process.

Once we begin grading, feedback on an English paper typically notes all the misspellings, poor grammar, and poor structure. Generally, what gets addressed is why the paper has not lived up to expectations. What if teachers began by pointing out the great choice of words, the brilliant creativity, the flow of ideas instead? What if they closed their comments indicating how impressed they were with the topic the student tackled? The maturity with which they addressed it? Pointing out and reinforcing what someone did well is just as important as noting what could be done better.

It’s rare for teachers in overcrowded classrooms to have time for kids who do things differently. The system can’t handle a child who challenges the status quo. We can’t even place children at the levels where they might belong, rather, we restrict them based on their age and assume they’re learning at the same level across every discipline. We tell them what is appropriate for them to be doing and rarely challenge them to go beyond the set curriculum.

Those who excel have pleased the teachers. They’ve learned what they’re supposed to learn and regurgitated it (or sometimes applied it) in the manner the school has set forth as appropriate. They’ve colored in the lines.

Why am I so focused on education? Because some of the biggest problems in corporate America begin with education.

Lack of Creativity in Corporate

Do you want employees who only color in the lines with the crayons or markers you’ve provided? What do they add to your organization? As more and more repetitive processes in business become automated, is someone who can complete those repetitive tasks, without question, really valuable?

Our educational system has failed our workers, our businesses, our ability to innovate, and our ability to be truly competitive. It hasn’t taught the traditional student to think beyond the instructions and tools they’re given. How do you change the mindset and reinvigorate the creativity of people who have spent years learning to conform to an educational system and likely a corporate environment? It’s evidence enough that professional development programs teach “critical thinking skills”; why aren’t our children being challenged with critical thinking, design thinking, and creative thinking all along?

Changing the Mindset in Your Organization

Even when a company says it wants to celebrate failure, does it really change the rules?

To expect an entire organization of individuals to “unlearn” decades of indoctrination is unrealistic.

So, where do you start? Plenty of approaches exist. Here are some options to consider as you begin the process.

In the end, if all you really do is celebrate failure, you’re doing a lot more than you’d expect. You’re promoting resilience and perseverance; you’re bringing back an incredible piece of optimism from childhood. Building this mindset throughout an organization can be infinitely valuable.

The Business Case Behind Your Legal Case

If All Your Friends Jumped Off A Bridge…

Don’t Judge a Book
by Its Title